Samsung Galaxy Tab A 8 Plus Review: S-Pen on a budget

Disclaimer: All the equipment reviewed were purchased by Mindful Gadgets. No review units were received from Samsung. I am not sponsored or affiliated with Samsung in any way.

For more information, check out the official Samsung website

What sets this device apart? 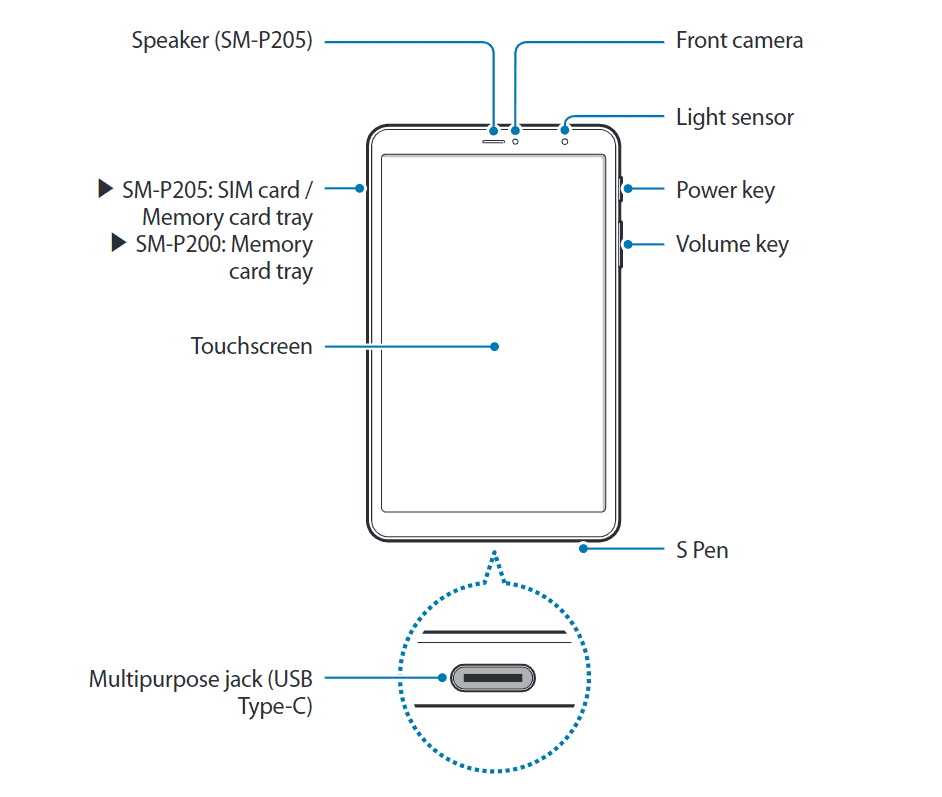 The Samsung Galaxy Tab A 8 Plus starts at around $230 USD for the Wifi model. You can also get a LTE model for around $265 USD. At this price, you won’t be able to find any other tablet that supports a stylus. Even the new iPad Mini will cost you $399 without including the Apple Pencil.

If you are looking for a decent 7-8 inch tablet without a stylus, there are more competitors on the market. The Lenovo Tab 4 8 and Tab 4 8 Plus are still around, albeit already a year old and still running Nougat in a lot of regions.

S-Pen on a budget

One of the main draws of this device is the inclusion of a S-Pen. Just like the note series, you get features like Air view and Screen off memo. Drawing and writing on the device is as smooth as a Note series device. I have yet to notice any slow downs due to the processor and limited RAM that this device has.

The S-Pen is using the same Wacom technology as the Note and Tab S4. If you want a pen that is slightly more comfortable, you could purchase a Tab S4 pen or any Wacom pen and use it on the device.

Switching over to look at the build of the pen, it does feel small and slightly fragile. If too much force was applied, it could easily snap in half.

What are the drawbacks of this device?

Performance can be slow

Despite having the Exynos 7904, the CPU does seems to get bogged down at times. Opening apps like Twitter will take a second or two and I have also seen slow down when trying to switch to picture in picture mode for apps like Netflix and Youtube.

The biggest problems I have had with the performance is the instability and inconsistencies. Unlike the Pixel 3A, which also has a mid-range CPU, the Tab A 8 Plus will randomly slow to a crawl and flat out crash out of apps. I am not sure if this is due to the 3 GB of RAM, but it makes the experience frustrating and jarring. The saving grace is that this does rarely happens.

I suspect that the issues might also be due to optimization in software and not hardware alone. Hopefully Samsung is able to fix these issues with future updates.

Battery is on the smaller side

Other things to know

With the $230 price tag, there are certainly some compromises to be had with this device. One of those areas is the screen. Instead of Samsung’s AMOLED screen, they opted for an IPS screen for the device.

You will be able to tell the difference if you were to put it next to an AMOLED screen, but the screen itself is in no way a poor screen. It is more than acceptable for a tablet of this price range.

The built of the tablet itself reminds me a lot of the Nexus 7 2013. It has a very similar rubberized back and feel. The construction is sturdy and definitely would be able to withstand some abuse.

For a device of this price, it good to see Samsung opted to include a USB-C port rather than the outdated microUSB port. Not only this, they also kept the headphone jack on this device.

This is to be expected considering the CPU and RAM are already struggling to make the experience smooth.

Only available in Asia

Right the Samsung Galaxy Tab A 8 Plus is only available in Asia. I have only seen mention of it in Samsung’s Hong Kong and Malaysia website so far. It is kind of odd that Samsung opted to only release this device there. Given the decent specifications and great price, I would expect this device to do well in the US and Canadian market.

Would I recommend it?

The Samsung Galaxy Tab A 8 Plus is a decent device. At $230 there is no other device on the market that has the functionality that the Tab A 8 Plus provides. The biggest drawback is the performance. If Samsung is able to fix this, this device would be much easier to recommend. Unless you fit the very specific criteria of someone looking for an Android tablet that is under 10 inches, has a stylus, and under $300, I would look elsewhere.