Sony Xperia 1 II Review: A phone I would love to keep

When was the last time you paid any attention to a Sony smartphone? For me, it has been at least a couple of years. The Sony Xperia 1 II has a lot going for it this year. Are Sony smartphones finally worth considering? Let us take a look. 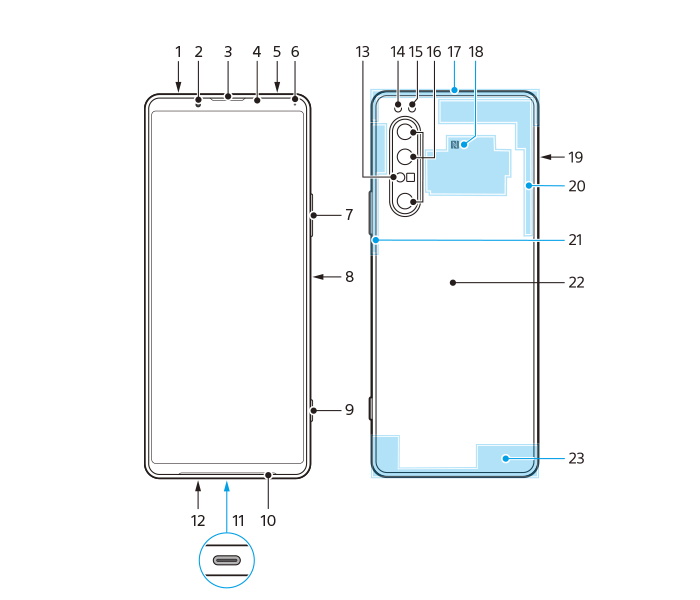 One of the best-looking smartphone of 2020

Design aesthetics are highly subjective, but I would say the Sony Xperia 1 II in white is by far one of the best-looking smartphones in 2020. While other 2020 smartphones look like a glass pebble with a stovetop on the back to store the cameras, the Xperia 1 II has a more industrial design. Flat sides surround the Xperia 1 II. The four corners of the device are rounded. Gorilla Glass 6 covers both the front and the back of the device.

Keeping a lot of the good of the past

The Sony Xperia 1 II is one of the only flagship phones that still have the 3.5mm headphone jack. It is one of the only that has front-firing speakers. It also has an unobstructed screen with no notch or punch hole. Yes, the bezels are slightly larger than a phone with a punch-hole camera. I can't say it makes any functional or visual difference.

The two-step camera button is something all camera-centric smartphone should include. Just like other point and shoots, you can half-press on the camera button to focus and full press to take the picture. The button is especially helpful if you want to make sure the camera is in focus before taking a picture. I would love to see more manufacturers incorporate this feature on other phones. But given that it has been in Sony Xperia phones since the beginning, it seems unlikely.

Sony opted to bring over the lightning-fast eye autofocus from Sony's Alpha line of cameras. The eye autofocus not only works on humans but animals as well. In my experience, if you are taking photos of people or animals, they come out in focus with little effort. The difficulty I had with autofocus has been with macro shots. The photo above with the red leaves is an example of this. Despite me trying to focus on the center subject, I had a hard time getting it to focus. I was able to get it to focus properly after ~5 shots. This problem isn't a deal-breaker, but this phone is different from your Pixel. You need to take more time to take photos mindfully. If you can do that, the photo that comes are can be stunning.

Most of my time using this camera has been in the Photo Pro app. And despite it looking intimidating to someone who is not familiar with Sony cameras, it is fairly easy to use. If you don't want to tinker with all of the settings in every photo you have to take, simply switch the mode to Auto. Just like on the Alpha series, the camera will not decide on the settings. The photos that come from it are very good. Colors are more true to life compare to the over-processed Samsung phones and even sometimes the Pixels. 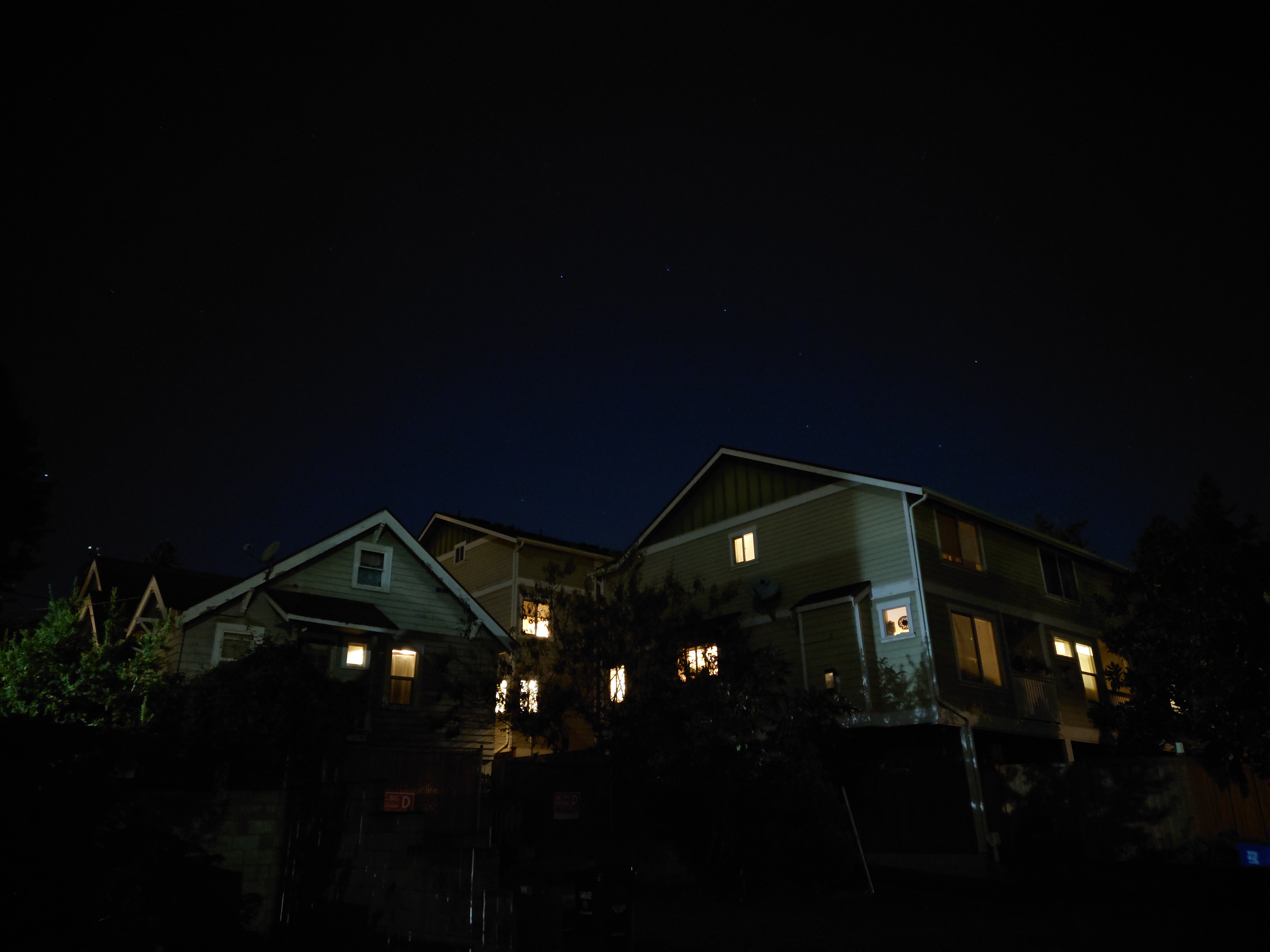 When you dive into the manual mode of the Photo Pro app, this is when the phone's capabilities truly shine. The photo above is taken in manual mode while being propped up on a fence. You can see the big dipper clearly in the night sky. Sure the Pixel's astrophotography may be able to show you the entire milky way in the night sky in this picture, but that is not what you see in real life. Reality is what we are going for here and what this camera can deliver. Now if you want those amazing HDR photos the Pixel can produce, you'll need to put these into either lightroom mobile and Snapspeed. Since the Photo Pro app can take RAW photos in all three cameras, there is quite a bit of leeway here.

4K screen instead of a higher refresh rate

Sony opted to put in a 4K resolution screen into the Xperia 1 II instead of a high refresh rate screen. The resulting panel is sharp and vibrant. It is a joy to watch videos on this device. I do wish Sony could of at least opted for a 90Hz screen. Hopefully, that will be something that comes with the Xperia 1 III.

Yes, this phone has a pro-grade video recording app as well. I have little experience with taking videos, so I don't have much to say about it. Check out The Art of Photography's video on the cameras for more details.

The software on the Sony Xperia 1 II is mostly stock with some mindful features added. One of those features is battery care. Battery care will slow down the charging from 90% to 100% to help with the longevity of your battery. Many Redditors have reported their 3-4-year-old Sony Xperia phones still being able to hold a charge with minimal degradation.

Another feature that is exclusive to the Xperia line is HST power. HST power allows you to draw power directly from the cable when playing games. This feature limits the heat on the battery, in turn prolonging its life.

Battery life on the Xperia 1 II has been great. I have been ending the day with roughly 40% battery while starting the day around 8 am.

Missing LTE and 5G bands for the US

Sony decided to focus on the EU and Asia market for the Xperia 1 II. This is most evident in its 5G band support for the device. Although the Xperia 1 II does support 5G, you will only be able to get 5G service in Europe and Asia. This is because the US uses different 5G bands than the rest of the world.

The Sony Xperia 1 II retails for $1200 in the US. That is pretty expensive for a phone that does not have 5G or a high refresh screen. Are the unobstructed screen, 3.5mm headphone jack, front-facing speakers, pro-grade cameras, and video apps worth the trade-off? I think that is something only you can decide.

Sony deserves a lot of praise for the Xperia 1 II. This phone checks a lot of the boxes. During my time using the phone, I was tempted to keep it as my primary phone. What caused me to let go of the phone was the poor signal on my carrier of choice (T-mobile). If Sony can add in the extra bands for the US market, a better front-facing camera, and a brighter high refresh screen, I think the Xperia 1 III will do very well in a particular segment of the consumer base.

If you are on AT&T or Verizon, would I recommend this phone? I think the lack of 5G, high refresh screen, and the high asking price makes it hard to recommend. If you can get it at a discount of ~$800, it is a great phone to buy. Anything above that is way too expensive in my opinion.

I know a lot of you also have been looking at the Sony Xperia 5 II. Unfortunately, for the US market, it will also not include 5G or LTE and 71. It also does not have wireless charging like the larger Sony Xperia 1 II. My recommendation would be to wait for the Xperia 1 III (Q2 2021) or Xperia 5 III (Q4 2021) if you can wait.

This is a niche device. If you are passionate about photography, videography, or mobile movies watching this is a great phone to have. For those who just want a phone to take nice photos for social media without having to put in much work, you are still better off buying a Pixel or iPhone.